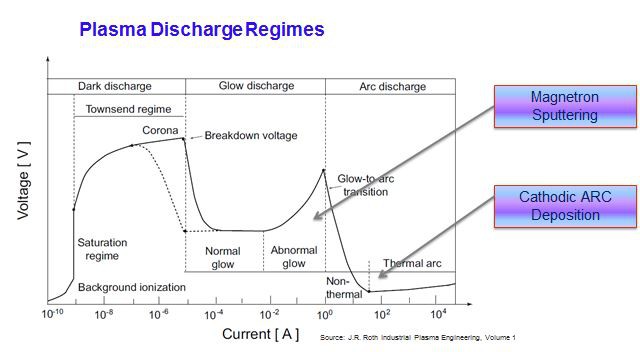 A glance into technical coatings.

In today’s society there is a rapidly increasing demand of materials and new functions of materials, many of which is designed and function in the nanoscale regime. This is clearly shown in the exponential need for surface modifications and coatings, anything from a couple of millimetres of regular paint (in atmosphere) to atom thin layers (in vacuum). The number of applications is almost unlimited: vacuum deposited thin films are utilized in a wide variety of fields and products that exist around us, such as anti-reflective coatings in lenses, aluminized plastic for food packaging, cutting tools for metal working or transparent conductive oxides in touch screens. There are many types of coating techniques but when it comes to thin film coatings, PVD (Physical Vapour Deposition) is the most commonly used in the industry. This technique is more environmentally friendly than coating processes such as electroplating and allows a precise control of material properties at the nanoscale range. A vapour of a material or mix of materials is produced and then deposited on the object that needs to be coated. In this way it is possible to design the material and thereby the functionality of the surface of an object atom layer by atom layer.
There are several methods to create the vapour necessary for the coating process whereof the most commonly used in the industry are Cathodic Arc deposition and Plasma Sputtering. Again, some examples of successful industrial implementation of PVD techniques are the manufacturing of coated cutting tools, ultra-low friction automotive parts, low infrared emissivity glass windows (low-E glass) or decorative scratch resistant coatings for plastics, such as the ones used in the mobile device industry. In these particular coating processes, particles are ejected from a target by bombardment of the target by energized particles, i.e. ionized gas. In order to energize the particles a voltage is applied in a controlled manner. This can be done in several ways by applying the power in different forms, such as Direct Current (DC), Radio frequency (RF), DC-Pulsed or High Power Impulse Magnetron sputtering (HIPIMS).

In the magnetron sputtering thin film coating technology, the targets consist of the material which will be deposited. The item (or the part) which needs to be coated, with a dedicated film thickness, is referred to as the substrate. The material which will be deposited must be vaporized so that it can condense on the substrate. The target is the cathode and the substrate the anode.
In magnetron sputtering, atoms of the target material are knocked off or extracted, to be deposited on the substrate. A potential in the range of hundreds of Volts, target material dependent, is applied between the target and the substrate. A short strike voltage impulse (of approx. 1 - 1,5KV) is introduced to ignite the plasma, respectively to start the deposition process. A strong magnetic field confines the charged plasma particles close to the target surface. This magnet field causes the electrons to follow helical paths around the magnetic field lines. Argon, an inert noble gas, introduced into the vacuum chamber is ionized due to electron collisions. These ionized argon atoms are, due to the potential difference anode/cathode applied by the power supply, accelerated to the cathode. Here target atoms (target material) are knocked off (or vaporized) and are deposited (or condense) on to the substrate. Magnetron sputtering is also referred to as a momentum transfer process. Sometimes it is described as a “billiard game with atoms and ions”. Just a small fraction of the target materials which reaches the substrate is ionized.
Magnetron Sputtering has the advantage that it gives smooth films and that these deposited films have a composition close to that of the source material. The grain size and the film structure can be influenced by the substrate or the depositing temperature. Compared to evaporation processes also materials with a high melting point can be processed.
Not only metallic films can be produced. By introduction of reactive gases into the chamber, such as oxygen or nitrogen, the vaporized target materials combines with the reactants and form oxide or nitride composites.

HIPIMS is the most recent technique that emerged about 15 years ago. The technology is characterized by the high ionization degree of the vaporized material due to the high instantaneous power applied to the plasma, in the range of the MW peak power, which brings a new level of control to the process. This generates great benefits such as: drastically reducing defects, extremely dense films, high hardness surfaces with excellent adhesion or low surface roughness. The films are also more homogenous and less sensitive for complex shapes. Due to the high energy of the particles it also provides the possibility to implant sputtered atoms into the atom matrix of the base material, improving film adhesion and enabling the possibility to manipulate the stresses in the object, reducing the risk for fatigue and corrosion related damage.

In the cathodic ARC deposition thin film coating technology, the target consists of the material which will be deposited. The item (or the part) which needs to be coated, with a dedicated film thickness, is referred to as the substrate. This material needs to be vaporized so that it can condense on the substrate.
In cathodic ARC deposition, an electric arc is used to vaporize the target material which is deposited on the substrate. This arc needs to be ignited to initiate the plasma deposition process. The ignition is either done mechanically, with a momentary contact between anode and cathode, or electrically via high strike or igniter voltage.  A potential in the range of tens of Volts is applied between the target and the substrate, the target is the cathode and the substrate the anode.
After igniting, the initial arc current is concentrated over a small surface area on the cathode which creates an extremely high current density and a high temperature for a very short time. This produces a localized phase transformation of the solid target (the cathode) material into the plasma stage with an almost fully ionized vaporized material at a very high velocity. The ionization rate, material depending, is between 30 to almost 100%. A small crater is created, the so called cathode spot. This could be described as “a small explosion” which self-extinguishes after only a few microseconds. It restarts, due to constant power/current feed from the power supply, at another cathode spot close to the previous spot, a sequence of rapid microscopic explosions. The high dynamic of this process causes the motion of the arc moving around the cathode.
Not only metallic films can be produced. This technology is ideal to deposit compound materials. By introduction of reactive gases into the chamber, such as oxygen or nitrogen, the ionized metal vapor combines with the reactants and form oxide or nitride composites.
Since the ionization rate of the vaporized material is high, a bias voltage is applied to the substrate to attract the ions. This forms dense, well adherent coatings and has the advantage that structured parts (such as drill bits etc..) can be coated. 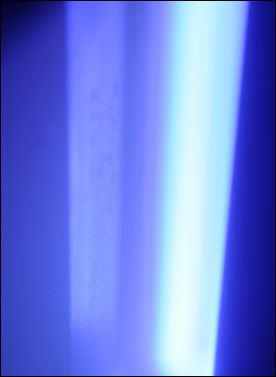 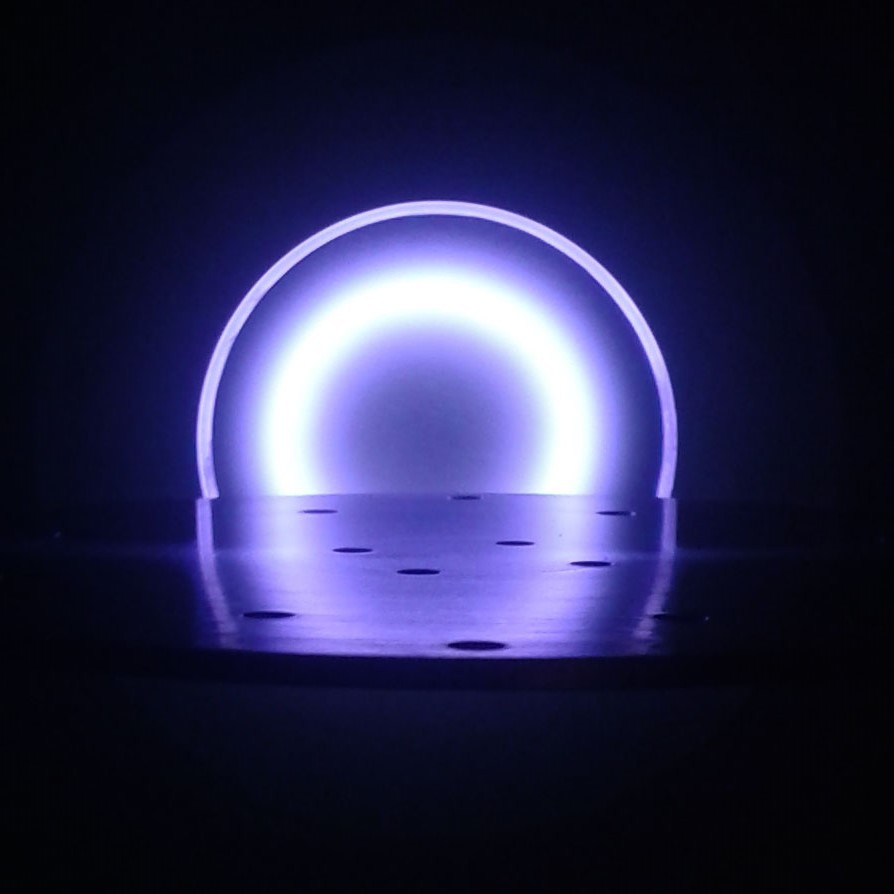 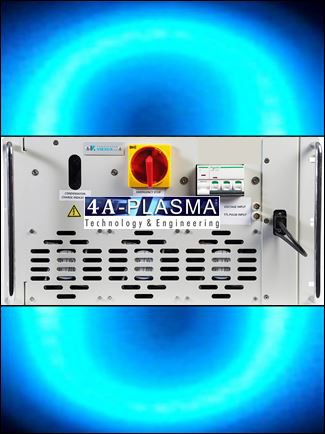 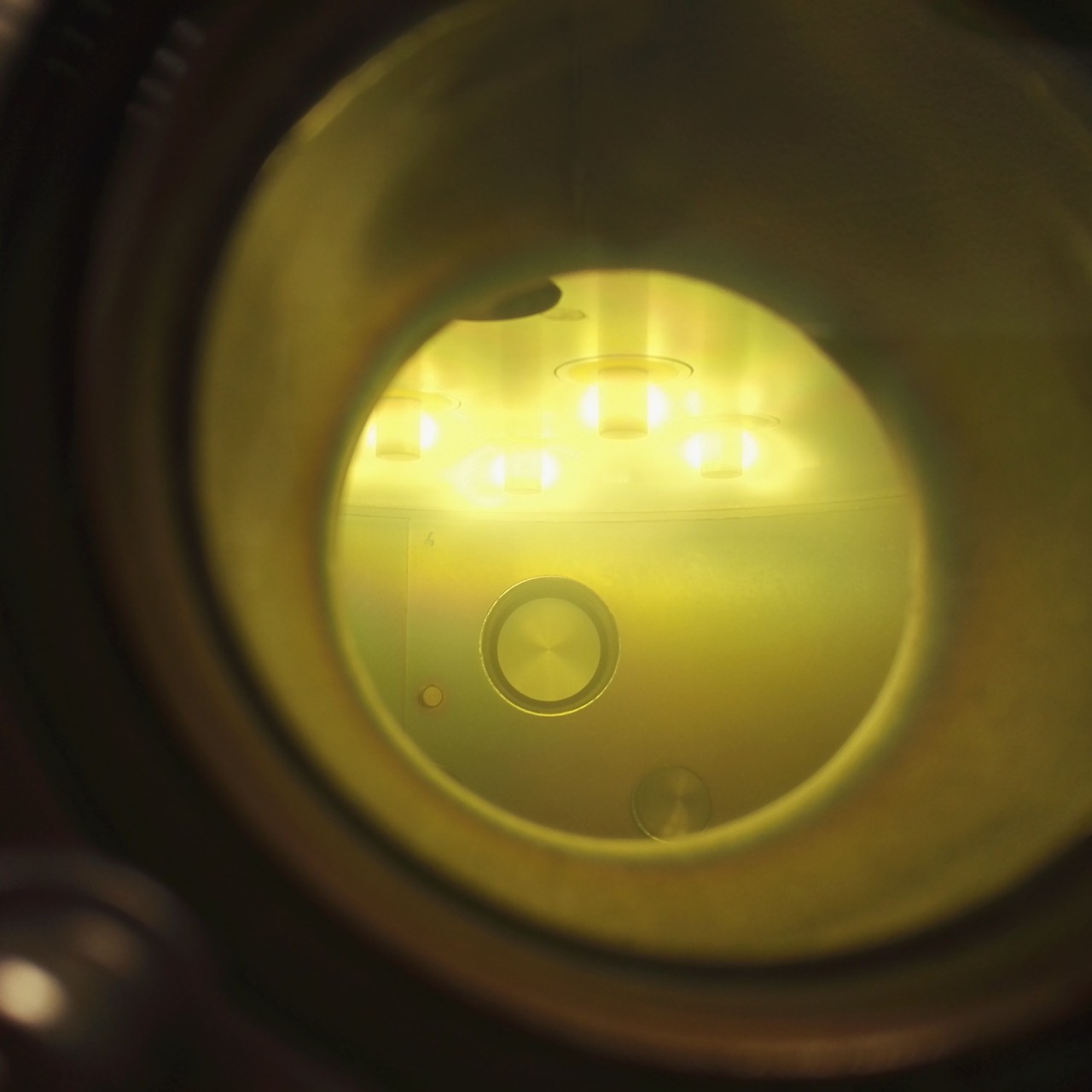